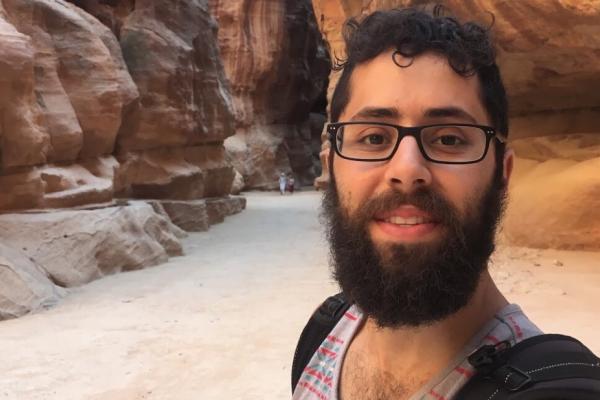 Thanks to the generous support of the Jallaq family, NELC administers this annual scholarship opportunity for NELC Islamic Studies Majors and NELC graduate students studying at OSU. The Hajj Abu Ismail Jallaq Scholarship Fund awarded $1500 to each of the two students on the basis of high academic merit and a demonstrated interest in specializing in the study of Islam at OSU.

Ben Batarseh is currently writing a master’s thesis on the present-day fault lines of Jordanian nationalism that he plans to grow into a doctoral dissertation. In answering the question of what defines Jordanian nationalism, Ben is addressing issues such as 1) The role of Islam in nationalist movements across the Middle East and 2) The relationship of Islam to other nationalist factors in Jordan such as language, geography, and history. The royal Jordanian family traces its genealogy to the prophet Muhammad and is apt to borrow Islamic references in state speeches and interviews. Knowledge of Islam and the language of the Qur’an has supported Ben's research to date and will be an invaluable tool as he engages with more primary source material. 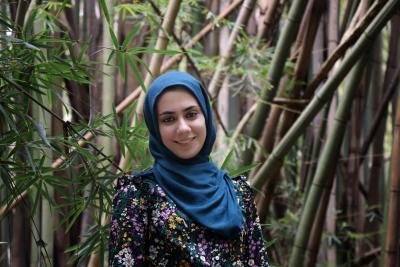 Zahra Mahmoudi is a doctoral student specializing in Persian and Arabic literature. She is a first year PhD student at NELC department at the Ohio State University. In her master’s program, she worked on two projects simultaneously to help her become more well-rounded. Since she had learned about the Persian language and literature during her undergraduate courses, Comparative Literature allowed her to learn about other areas of literature, specifically Arabic literature, which is deeply intertwined with Persian literature and language. For her master’s thesis, she chose a topic connected to Quran. She ended up working on an important 13th century manuscript including proverbs and anecdotes which were written in Persian and Arabic. The book called “Qurrat al ‘Ayn, the book of proverbs” is one of the classical Persian texts which compares Persian proverbs with Arabic proverbs. It also compares these proverbs with Quran verses. It contains around 300 Quran verses. Furthermore, it has historical and literary anecdotes using those proverbs and Quran verses. She published the revisions she made to this manuscript as a book, in Spring 2019. Her academic fields of interest lie in exploring mystical, religious discourses mostly in Classical Arabic literature. She hopes to fill important gaps in the literature of Sufism, specifically religious aspects of it. Given her language skills and experiences in both Arabic and Persian literature, she will be able to explore and analyze Sufism literature with a multilingual perspective. In the age of Islamophobia, she is thankful to have the opportunity to study at NELC with the prominent faculty members and participate in world-class research project related to Islamic and Arabic studies.