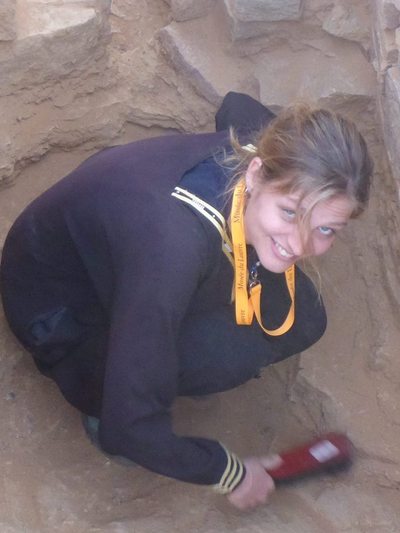 Céline Marquaire is an archaeologist specializing in the ancient Near East and has participated in excavations in North Arabia since 2013. After she obtained her MA 2 in Near Eastern studies, she worked for the Louvre Museum for two years as a scientific collaborator in the Near Eastern department. She was an assistant coordinator for exhibitions on Mesopotamia and Music in Antiquity. She was also a lecturer at the École du Louvre where she taught Near Eastern art history.