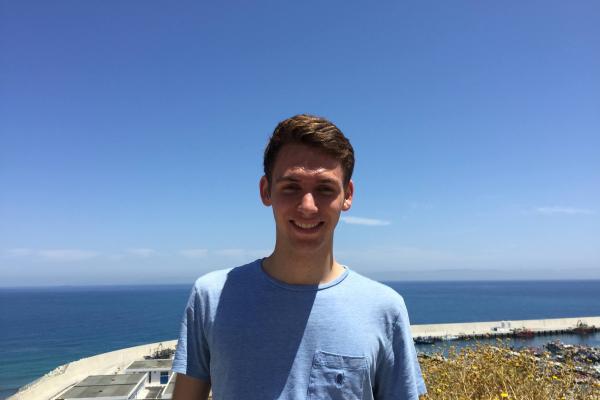 Larkin Cleland, a fourth-year undergraduate majoring in Geography as well as Arabic and Islamic Studies in the NELC Department, has been awarded a CASA at AUC Fellowship. The Center for Arabic Study Abroad at the American University in Cairo each year since 1967 offers a small number of students with an advanced level in Arabic full scholarships and living expenses for a year of intensive Arabic study in Cairo, Egypt. Awardees aim to reach near-native fluency in both Modern Standard and Egyptian Colloquial Arabic through a combination of language classes, content courses taught in Arabic, and internships or volunteer opportunities in Arabic-speaking environments. Larkin, who has taken Arabic classes at Ohio State, studied abroad in Morocco, and received a Critical Language Scholarship for Arabic, hopes to achieve fluency over the coming year before returning to finish his degree. In the future, he plans to work with Arabic-speaking refugees and immigrants to the United States and eventually in global public health.