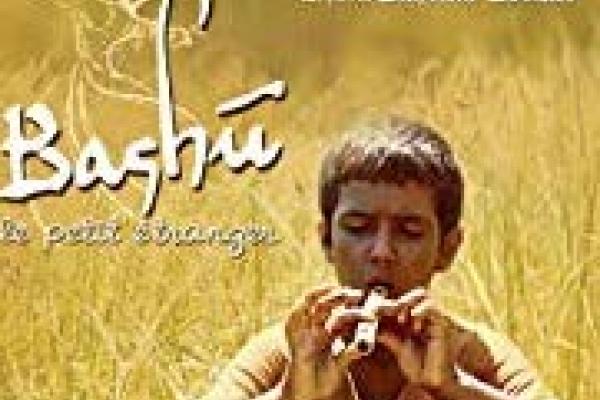 We continue our Middle East Film series with Bashu - The Little Stranger, directed by Bahram Beizai, shown in the original Persian language with English subtitles. The film was produced in 1986, and was released in 1989. This multi-ethnic film was the first Iranian film to make use of the northern language of Iran, Gilaki, in a serious context rather than comic relief. (Susan Taslimi playing the main character is Gilaki herself). Bashu, the Little Stranger was voted the "Best Iranian Film of all time" in November 1999 by a Persian movie magazine "Picture world" poll of 150 Iranian critics and professionals

During the Iran-Iraq War, Bashu, a young boy loses his house and all his family. Scared, he sneaks into a truck that is leaving the area. He gets off the truck in the Northern part of the country, where everything from landscape to language is different. He meets Naii, who is trying to raise her two young children on a farm, while her husband is away. Despite cultural differences, and the fact that they do not speak the same language, Bashu and Naii slowly form a strong bond.